Working With an Architect

Most people have an idea of what architects do.  Most everybody knows architects design buildings, but delve any deeper than that, and the idea usually gets pretty vague.  Rather than helping to lift the mist, many publications devoted to design have a habit of sprinkling their articles with glittery and esoteric jargon.  They talk about an architect's design process which likely conjures an image of a bow-tied architect stuffing unrecognizable things into one end of a big Rube Goldbergian machine that stamps out large format drawings at the other. 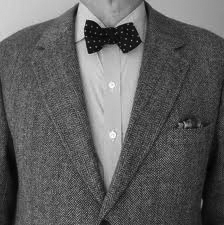 A good architect works in a very structured environment; not a sterile or rigid environment, but one that's organized and comprehensible to most people. The romantic image of a dapper figure presiding over the production of beautifully rendered dreams is not inaccurate, but neither is an image of this same fellow dressed in field boots and waterproofs performing a water test or collecting site and environmental data during predesign.  Oh oh.  Here we go again--predesign?

Actually predesign is a good place to start. Predesign is one of those words one rarely hears outside the realm of architecture, so it stands to reason it might need a little clarification.  Predesign describes activities of information gathering, organization and analysis.  Let's use a scenario wherein a married couple approaches an architect to design a house for them on a piece of land they bought.  After the initial meeting and review of credentials, they enter into a form of agreement that clearly enumerates the deliverables that the architect will produce based on joint work performed by both parties.  I'll get into the deliverables in the next post.  For now, let's focus on predesign activity.

Predesign is part of the joint work performed by both parties, and once again, includes information gathering, organization and analysis.  An example of information gathering would be listing as many as possible of the common activities engaged by the clients.  This list would likely include eating, exercise and entertaining habits.  These activities would then be organized according to a mutually agreed upon set of criteria, like frequency of occurrence.  An example would be frequency of entertaining ten or more people.  The organized information would then be analyzed against another set of criteria such as relative importance.  For example, if entertaining ten or more people is expected to occur relatively infrequently, the relative importance of having a dining room large enough to accommodate ten to sixteen people would be given a relative low importance when it came time for the clients to decide where to spend their money.
Posted by Brett Thibault at 9:57 AM